GOdogs work identified a mutation in the gene POMC which affects about a quarter of Labradors.  If you are a scientist or vet, you might find the original research paper most interesting.  This page is targeted at people who want to learn more about our findings but aren’t trained scientists.

What is the mutation?

Each cell of the body (dog or human) contains DNA, an 3 billion long code which acts as a template from which the proteins which make up the structure and machinery of our bodies are made.  Within DNA, genes are areas that encode particular parts of that molecular hardware.  Mostly, DNA is the same between individuals within a species but sometimes there are small differences.  The differences may not change the code but sometimes either tweak or drastically alter the resulting product of the gene.

We studied a gene called POMC in Labradors.  It was a good candidate gene because we know its protein product (also called POMC) has a crucial role in controlling energy balance in the body.  You can read more about how an area of the brain called the hypothalamus controls energy balance on this page.  [Briefly, the hypothalamus receives short and long term signals about energy status – e.g. after eating, or about how much energy is stored as fat – and integrates them to control hunger and energy use.]

The mutation we found in Labradors involves a short section of the genetic code of POMC being deleted.  This has a catastrophic effect on the protein POMC produced, messing up the end of the protein.

Why do we think this is important in obesity?

Usually the POMC protein is made then chopped up into even smaller molecules which signal to nerve cells in the brain.  The mutation we found stops production of two of those molecules (called beta-MSH and beta-endorphin).  As a consequence, they can no longer do their job in the brain.  The most important of those is beta-MSH.

Normally, beta-MSH acts in a pathway in the brain that you can see in the diagram.  Leptin is a hormone released by fat cells; when there is more energy stored as fat, more leptin is released and it travels in the blood to the brain.  In the brain it triggers POMC to release beta-MSH which has a knock-on effect to reduce food intake and increase the amount of energy an individual uses up each day. In effect, the system acts as a dimmer switch to turn down background hunger when the dog has plenty of energy reserves stored as fat.

In dogs with the Labrador POMC mutation, those signals are interrupted.  It’s as if the dimmer switch for hunger is broken.  We would predict exactly what we see in affected dogs – they are more interested in food, seeming to be hungry all the time.

Are only Labradors affected?

No, flatcoat retrievers also carry the mutation.  We tested dogs of 38 other breeds and didn’t find the mutation in any other breed.  There is more information about how common the mutation was in different breeds below.

What effect do we see in dogs?

The groups were compared using statistics which took into account other things that can affect obesity (age, sex, neutering, colour).  That allows us to report averages for a ‘typical’ dog in that group when all the other factors are taken into account.

To summarise, dogs with the mutation were heavier, fatter and more interested in food than those without.  The results were very similar for flatcoat retrievers.

However, it is important to be aware that there were plenty of dogs with the mutation which were slim.  Those dogs were really keen on food but had owners who managed to keep their waists trim by carefully balancing their food and exercise.  Similarly, there were plenty of dogs without the mutation which were overweight and greedy.  That suggests there are also other genetic reasons for obesity and food motivation in Labradors.

How many dogs are affected?

We tested groups of pet and assistance dog Labradors and flatcoat retrievers.

You can see from the table that the mutation was present in about 1/4 of pet labradors and almost 3/4 of assistance dog Labradors.  It was even more common in flatcoated retrievers (72% had at least one copy of the mutation).

We showed the mutation was inherited from a single ancestor dog, probably a member of a now extinct breed, the St Johns water dog.  Those were fisherman’s dogs in Newfoundland and were used as founder members of modern retriever breeds.  Perhaps if your job was to leap into the icy waters to retrieve fishing nets, a genetic tendency to eat any food that passed your nose was helpful and kept the dogs strong in such harsh conditions.  It’s only when those genes collide with the cushty lives of modern dogs that obesity becomes a problem.

We were also intrigued by how the mutation was more common in assistance dogs than pet Labradors.  It is possible that was just a quirk of breeding.  However, assistance dogs are trained to a high level using food rewards for good behaviour.

Perhaps having a genetic predisposition to greediness makes dogs with the mutation that little bit more inclined to work for food and so more likely to pass their ‘exams’ and make it to being an assistance dog.

What does this mean for individual dogs?

Together, these results tell us that the mutation is a major influence on the way Labradors behave around food.  It predisposes dogs with the mutation to eat more and become overweight.  There are some rare human patients with similar genetic causes of obesity; they report feeling hungry all the time and never feeling full after a meal.

It is likely that Labradors with the mutation feel similarly and that is why they constantly seek out food and become obese if allowed to eat.  The mutation may also change the way the body burns energy, also predisposing to weight gain, but that is not proven.

So, the mutation predisposes affected dogs to obesity, but that can be controlled by careful regulation of diet and exercise.  Eleanor Raffan, GOdogs project leader, says, “It is important to keep dogs at a healthy weight but I also worry that feeling hungry all the time is a real issue for these dogs”.  For that reason, she recommends considering feeding affected dogs in ways which can help reduce their hunger.

Please visit our Advice for Dog Owners page to read more about managing dogs with POMC mutations and breeding. 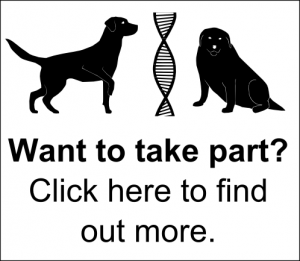 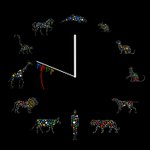 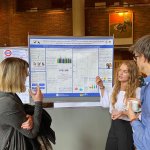 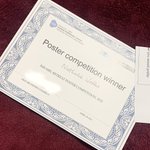 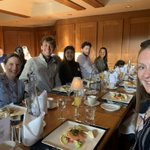 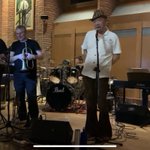